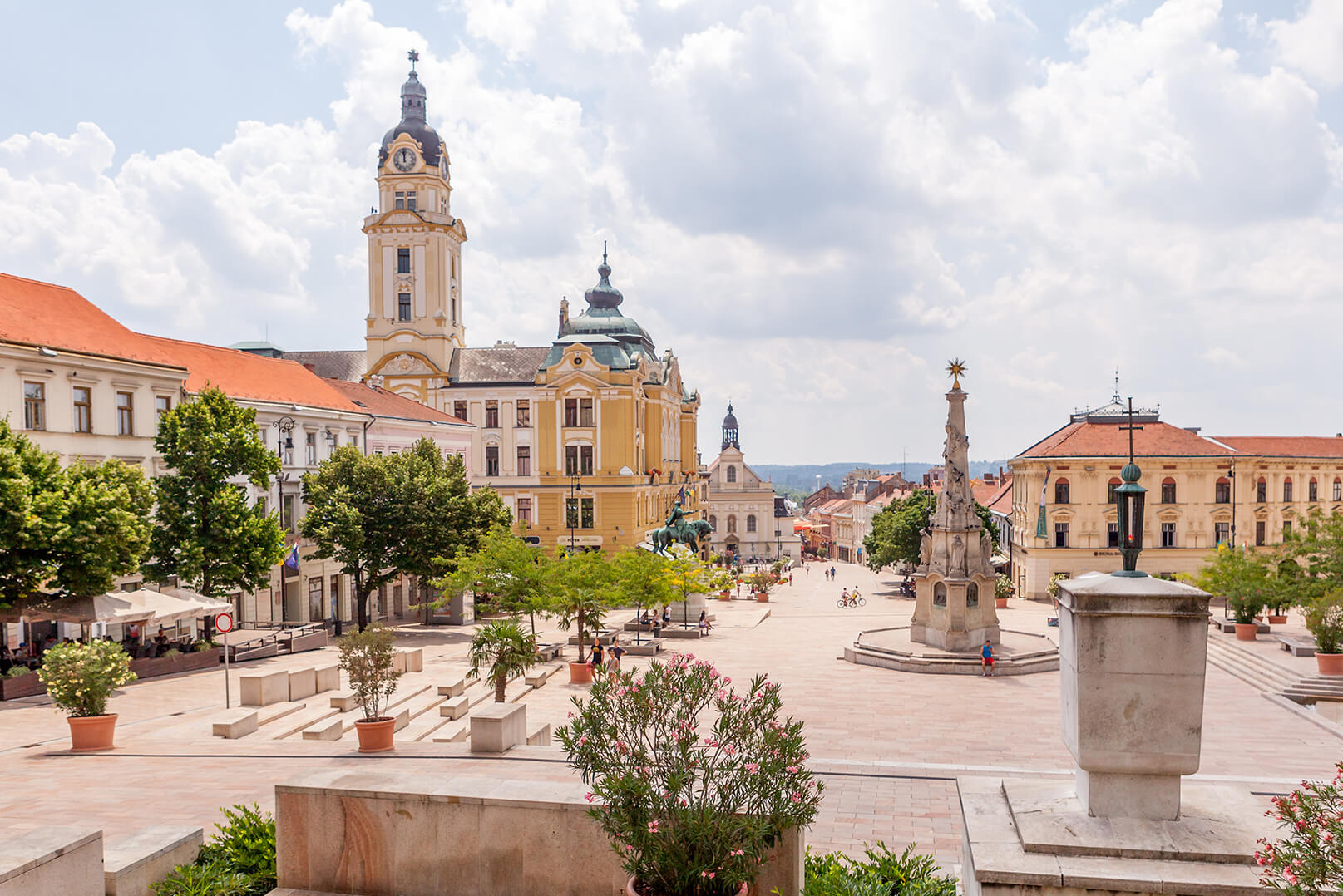 The oldest residential building in Pécs now serves as the home of the Zsolnay ceramics collection.

The building at 2 Káptalan Street was first documented in 1324. In 1476, the first public library in Hungary was set up in this building by Zsigmond Hampó. During the Turkish occupation, it was the official residence of the Turkish chief imam. The restoration works carried out between 1954 and 1955 revealed several mediaeval building sections.

The ornamental dishes made in the ceramics factory were peerless in their artistic detail and the production techniques. The Zsolnay garnered international renown with the specially glazed ceramics that they named eosin, from the Greek for ‘dawn’. The factory was set up in 1853 by Pécs trader Miklós Zsolnay, but it was his son, Vilmos Zsolnay, who made it famous during his years at the helm of the manufactory until his death in 1900. He was responsible for a number of the technological innovations that made Zsolnay products renowned around the world, including porcelain faience, which received the Gold Medal at the Paris World Expo, pyrogranite, which adorns many public and private buildings, and eosin. Every member of the family worked hard to contribute to the success of their brand: Vilmos Zsolnay’s two daughters worked in product design, and his son-in-law headed the manufacturing of architectural ceramics. His son, Miklós, helped the factory by working in sales. The period around 1900 was the golden age of artistic ornamental dishes. A new artistic style, art nouveau, was born between 1890 and 1910, characterized by natural forms, stylized and decorative lines, and the two-dimensional depiction of objects. The Zsolnay ceramics produced in the art nouveau style, many of the murals, are breath-taking. It was also at this time, that the production of architectural ceramics gained prominence, and many young and talented applied artists worked at the manufactory at the time. During World War I and the difficult times that followed, the emphasis was laid on making everyday dishes and industrial porcelain. The current exhibition builds on the collection of the former factory museum and provides a chronological overview of the ornamental products made at the Zsolnay Ceramics Factory.