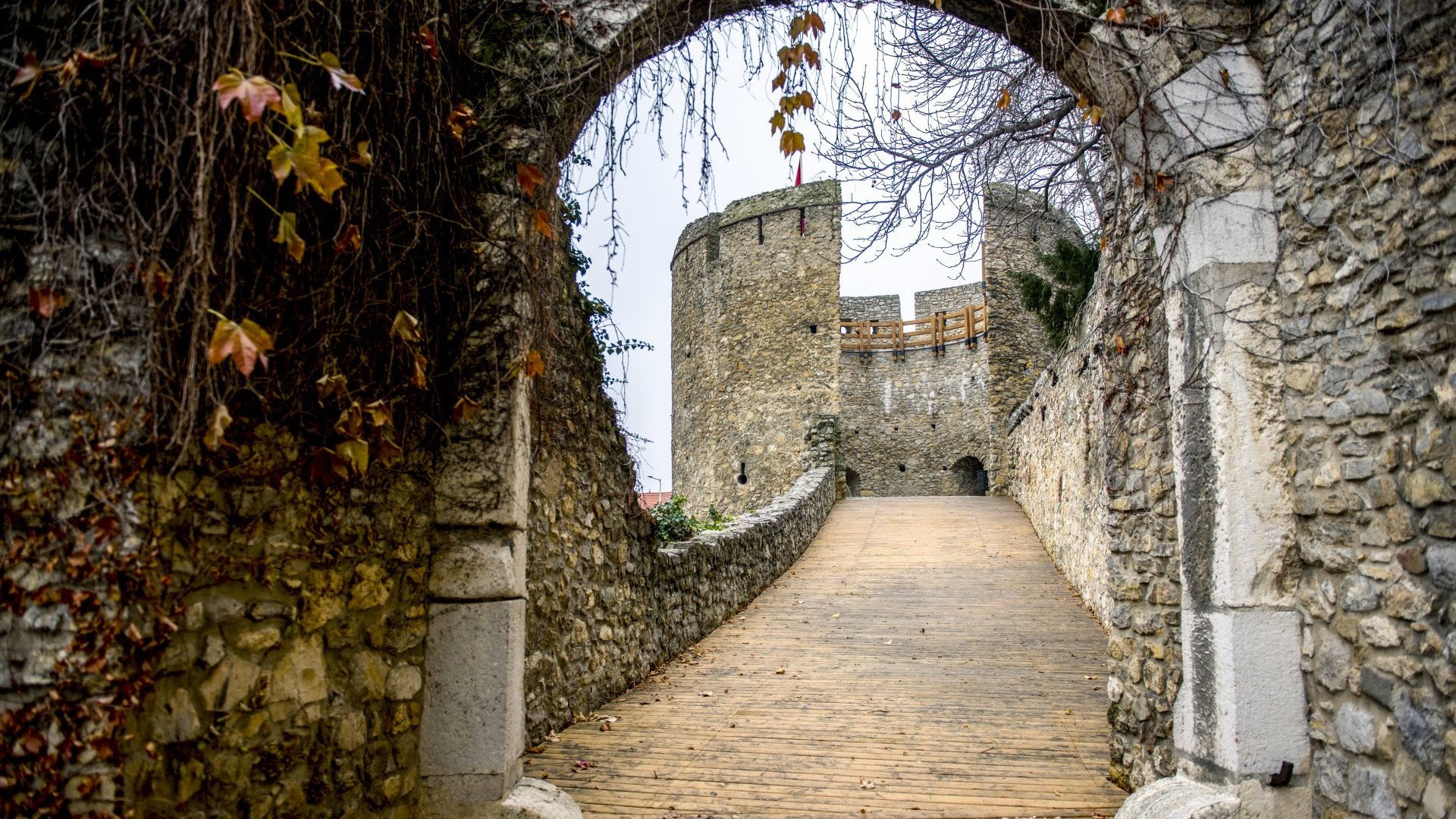 It was part of the former wall-system of the Bishop’s Palace. It was built on the advice of Pál Kinizsi, when the general visited Pécs in 1498, as part of the preparations against Turkish occupation. It is believed that his idea was executed at the time of Bishop György Szatmári. The Barbican – a circular gate-tower, sitting on a narrow base – had a side-entrance, which was meant to be used by the defenders to attack offenders from the side. The circular bastion has a hallway behind arrow-slits, it is surrounded by a moat, and a drawbridge leads to its entrance.

Its cable system is still there. In its garden, on the Barbican Promenade, stands the bronze statue of Janus Pannonius, which was placed there on the 500th anniversary of his death. It is the work of Miklós Borsos. The face of the figure is hidden by the shadow of the wide, Italian priest’s hat. As there is no authoritative picture of his face, the author used this technique to depict the Bishop. Commemorating one of his most beautiful poems, an almond tree was planted next to the statue.