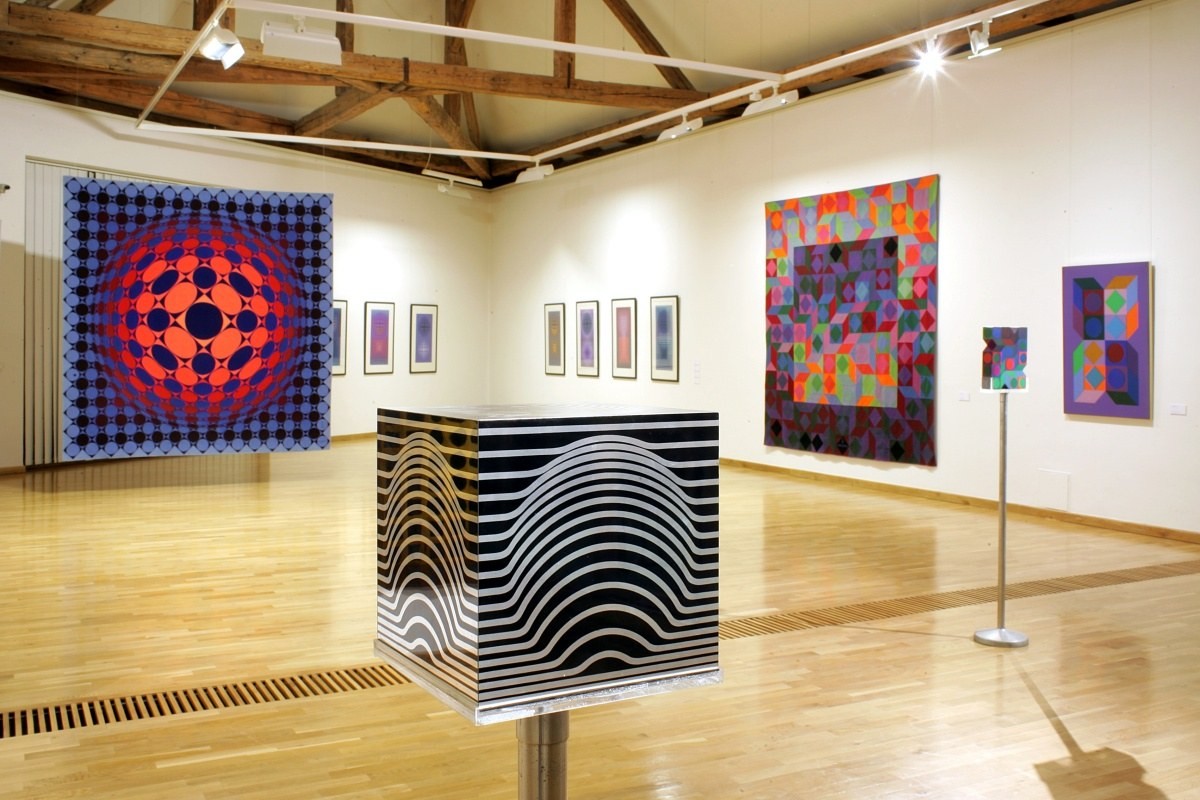 Victor Vasarely was born in 1906 in Pécs. Between 1930 and his death in 1997, he lived in France. In the mid-1960s, he played a pioneering role in rekindling the relationship between Hungarian artists living in emigration and their homeland. He dedicated his entire life to making the arts a shared treasure of humankind. He dreamt of colourful cities and giant public spaces adorned with art. He first presented a collection of 41 drawings to Pécs Museum in 1968, followed six years later by four hundred paintings, tapestries, sculptures, and drawings, encompassing the whole of his life’s work. The collection was used to populate a museum that opened in 1976. The exhibition covers his entire art, from the early analytical and geometrical drawings influenced by the Bauhaus movement to the op-art pieces that blur the line between art and architecture. The collection also includes the world-famous Zebra pictures.

The museum also hosts a separate section dedicated to the works of Vasarely’s wife, Klára Spinner, which were made in the 1930s and ‘40s, and show the influence of the Bauhaus movement, as well as the works of Jean Pierre Vasarely (Yvaral), which carry on his father’s legacy.